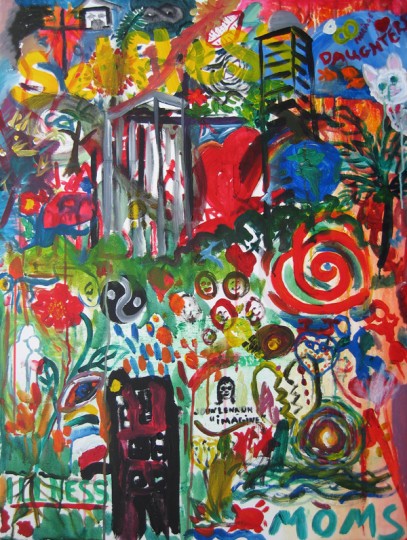 It is almost an exercise in futility. How do you paint love? How can you paint love? But then again, anything that attempts to capture the essence of the greatest force in the universe (and beyond) will always fall short.
So, I went out with these two guys to Central Park, set up our canvas, waited for the rain to abate, set up our canvas again, and prepared for some sneers, smirks, and what-the-f*** looks. But then I realized, we’re in New York City, where nothing and everything seems strange. And that encouraged me. So I started asking people to muster whatever amount of artistry they have, pick up a brush, choose from an array of colors, and “paint” what love means to them. I remember the first passers-by to baptize our canvas were a couple from India. As the man stood in front of the blank white thing in front of him, I waited in nervous anticipation of the kind of depiction he was going to put on it. He then slowly painted, “Namaste”. I thought, “Great. A word. We’re going to turn our canvas into a visual dictionary for love. Not the love painting the three of us had in mind.” Fine. Let’s move on. Next person, she painted a figure this time. Not words. A heart. Red. Of course. I thought, “Well, that’s more like it.”

As hours passed, and as our canvas got filled with pictures, abstractions, drawings, sketches, stains, and what not, I started letting go of my expectations. Words, shapes, or symbols, (maybe even a dot) it did not matter to me anymore because the immensity of our subject goes beyond my filter of personal conceptions and experience. I realized that artistically expressing love will inevitably take varied and even surprising forms in our human attempt to capture it. With at least twenty people who poured their thoughts, ideas, memories, emotions and imaginations onto the canvas, I began to think that this was not our canvas anymore. It belonged to those who passed by and took their time to channel their ideas through a brush onto the canvas. At the end of the day, the “finished” work was really unfinished. It kept changing every time someone added their own interpretation to it. It actually came to a point where the last few painters painted on top of others’ work. And I realized that our project was “finished” only because of physical limitations: the space on the canvas was limited, our time was limited, daylight was limited. But if these restrictions did not exist, the “project” would go on. Because just as love cannot be contained within physical limits, the expression of it cannot be contained by brushes and canvases. The possibilities are endless. And painting it is just one beautiful way of saying, “Love is both expressible and inexpressible.” Painting it is proof that as humans, we need to express it. Because love is too big to be kept inside. It must be let out. And when I looked at this painting, I saw colors screaming, figures dancing, lines colliding. It was teeming with life.

At the same time, paradoxically, I realized that no matter how much color we use, or how hard we press on those brushes, or how big our canvas is, we can only get so far in capturing the full essence of love. It is ultimately indepictable, incapable of being captured. Human and artistic expressions of it serve to remind us that . Because it defies descriptions. Because it transcends every human and physical boundary. It is bigger than all of us. It is bigger than God. And therein lies its power.
This is what I live by: love is what binds us all at the most fundamental level. It erases distinctions, differences, age, color, creed, gender and all categories that compartmentalize us as humans. Love breaks all these barriers. And this project, “Painting Love,” proves just that. It brings people from all backgrounds and experiences together and put their hearts and soul into one unifying piece of art. It does not matter where you’re from, when we ask people to paint love, we don’t need to talk. Because love is our common language. And it is by way of love that we can all communicate and understand one another.
Let it be known by my writing this that I am grateful and proud to have been a part of this worthy project. I firmly hope that it will be ongoing and reach more places and bring more people together. Because only love can do that. 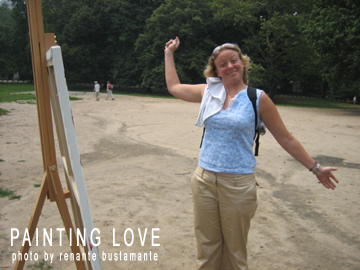 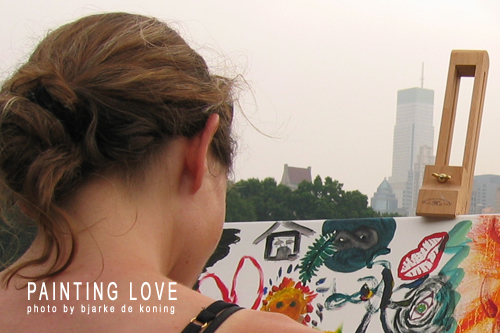 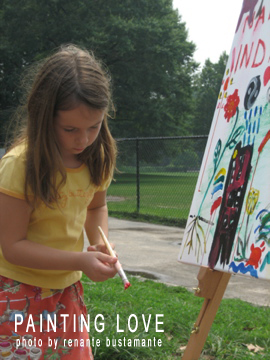 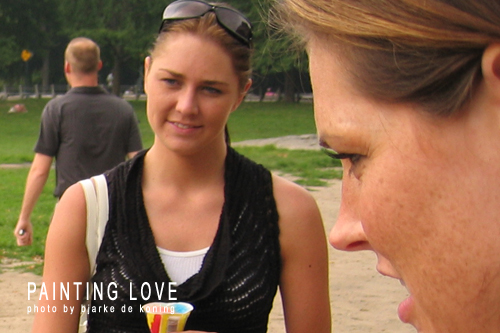 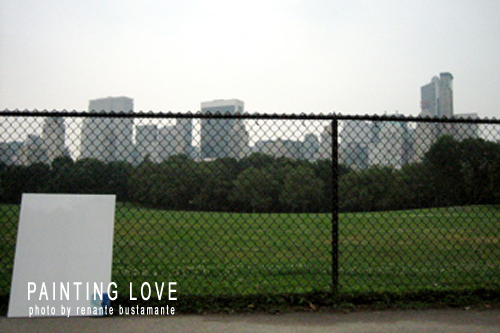 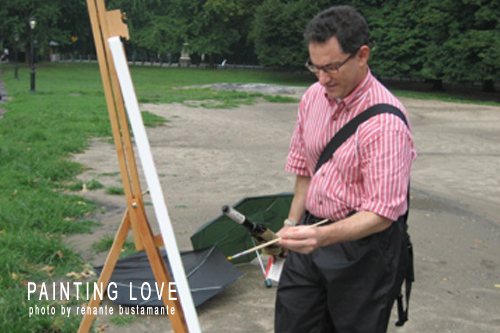 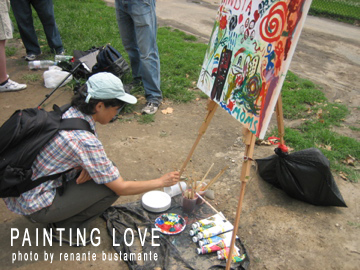 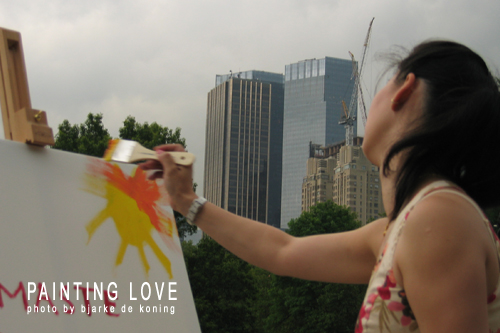 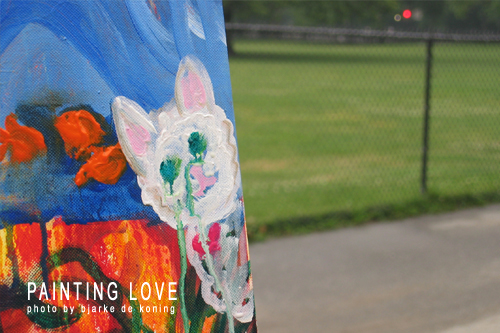 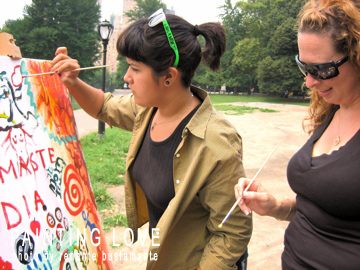 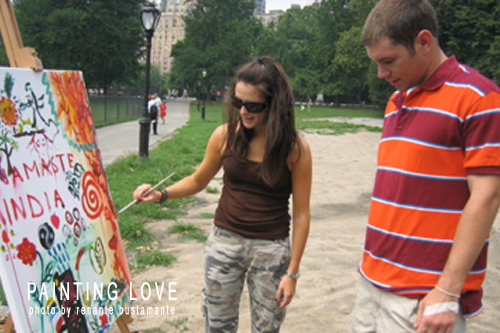 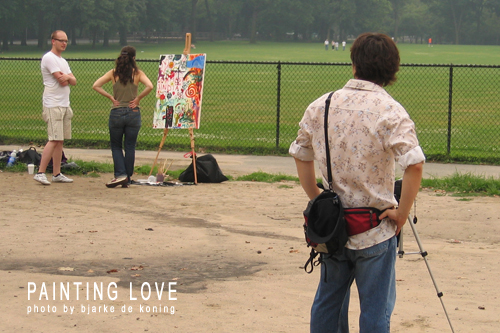 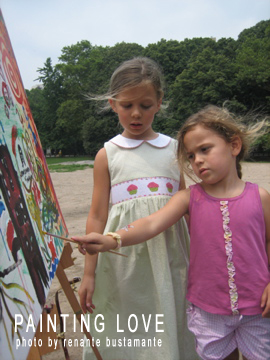 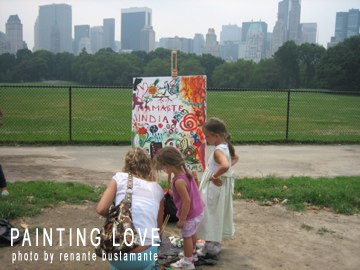 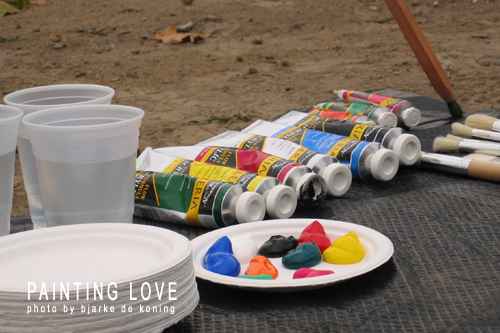 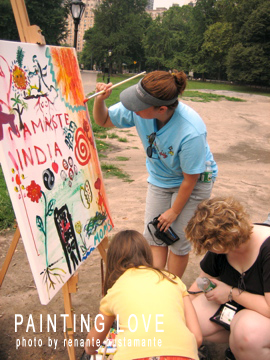 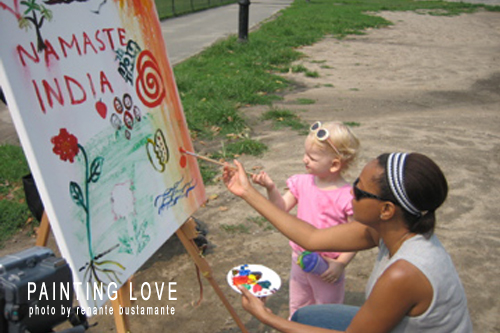 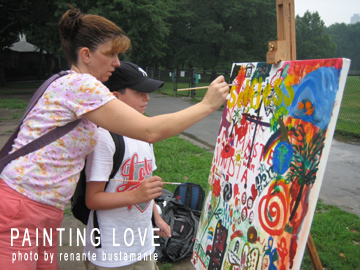 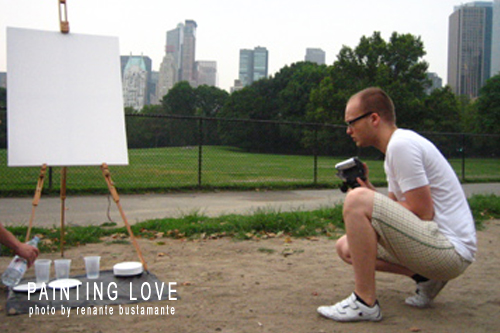 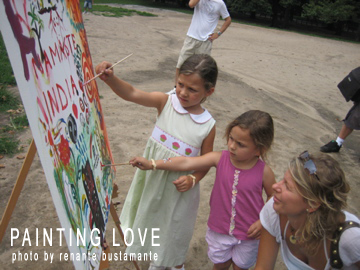 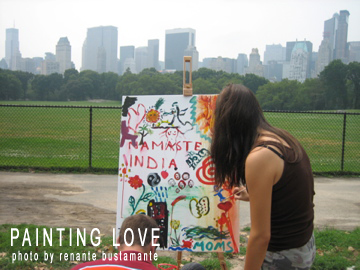 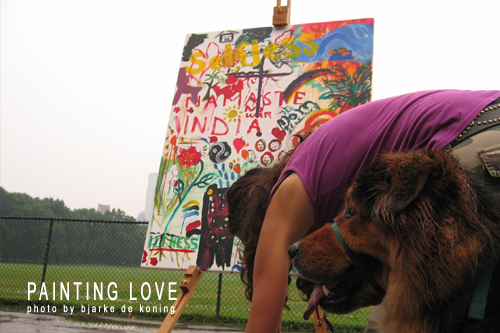 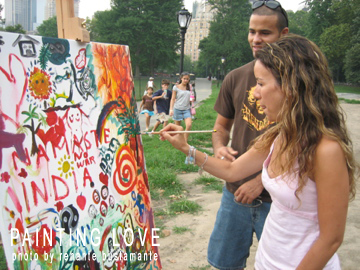 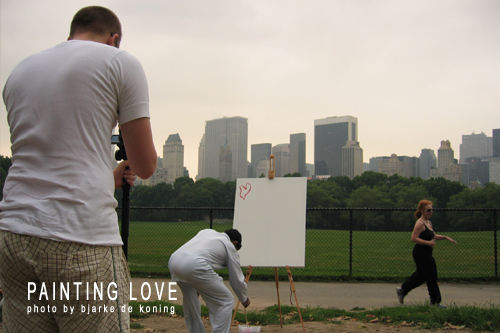 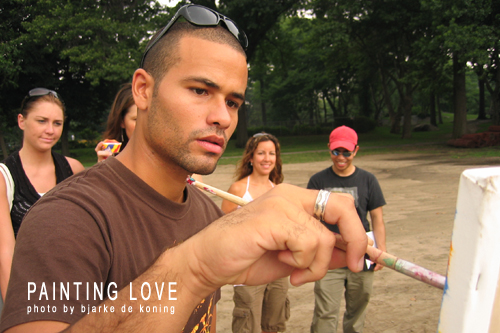 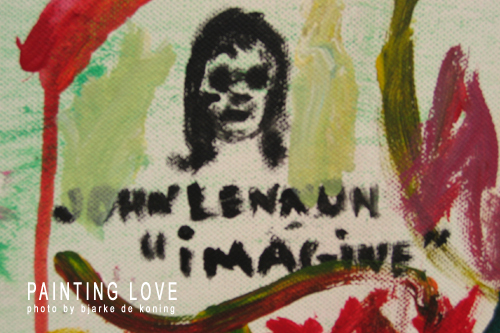 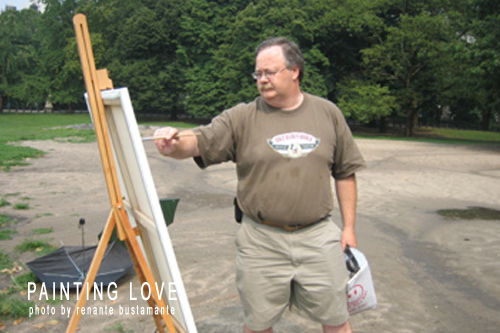 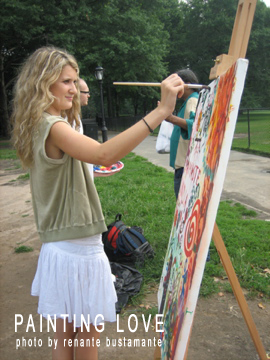